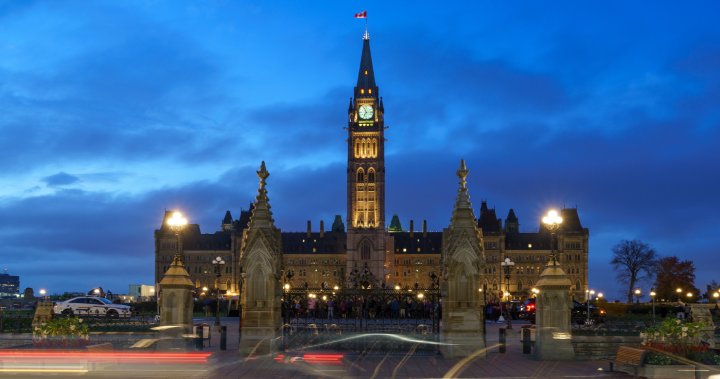 Internet speed tests conducted last year across Canada reveal the extent to which quality internet service remains a pipe dream for many, including residents of Ottawa, Ont.

A Local News Data Hub analysis of tests completed in 53 communities found that in 51 places, including Ottawa, the majority of speed test results did not meet the basic service objectives for both upload and download speeds set by the Canadian Radio-television and Telecommunications Commission (CRTC).

The commission says Canadian households should have internet connections with access to broadband speeds of at least 50 megabits per second (mbps) for downloads and 10 mbps for uploads.

Of the 7,536 tests conducted in 2020 by internet users in Ottawa, however, only 34 per cent met both the CRTC’s minimum upload and download service objectives. The median download speed, meanwhile, was 38.22 mbps and the median upload speed was 9.96 mbps. (The median is the middle value separating the higher half from the lower half of a range of numbers.)

The test results across the river in Gatineau, Que. were somewhat better with a median download speed of 49.665 mbps and a median upload speed of 17.84 mbps. Still, only 43 per cent of tests met or exceeded the CRTC’s 50/10 performance objectives.

The CRTC says 87.4 per cent of households in Canada can access speeds of at least 50/10 mbps, but this drops to 45.6 per cent in rural areas. Higher download speeds allow users to retrieve online content such as web pages, videos, files, or music more quickly. Upload speed dictates how fast pictures, music, and documents can be uploaded and shared.

The Local News Data Hub, launched in January by the Local News Research Project at Ryerson University’s School of Journalism, analyzed the results of 68,813 tests that internet users completed last year using a performance test operated by the Canadian Internet Registration Authority (CIRA). CIRA, a national not-for-profit organization that promotes trust in the internet, launched the test in 2015, and since then people who want to determine their connection speed have performed nearly one million tests.

While the CIRA test results are not necessarily representative of all internet service in a community, they do point to the challenges many Canadians faced during a pandemic year when fast, reliable internet service was a lifeline.

The test results confirmed that problems with accessing high-speed internet are most pronounced in smaller places, but the data for Ottawa and other larger cities indicate residents in rural areas weren’t alone last year in their digital misery. In Milton, Ont., a suburban community of more than 110,000 just west of Toronto, only 13 per cent of CIRA tests met the CRTC objectives for upload and download speeds. In Regina, Sask., where the median download speed for all tests performed was 23.555 mbps and the median upload speed was 6.685 mbps, just 23 per cent of tests met the standard.

The Data Hub’s analysis also showed that although median speeds exceeded the CRTC standards in some larger cities, lacklustre test results still pointed to problems with access to good quality internet. In Toronto, for instance, the median download speed was a respectable 55.46 mbps and the median upload speed was 12.74 mbps. Only 42 per cent of speed tests, however, met or exceeded the basic CRTC standard.

Factors that can affect upload and download speeds include the make and model of the device being used, whether other apps are running in the background, and whether other devices are online at the same time. The type of service purchased from internet service providers is also a factor. Details of service provider contracts submitted with 11,385 tests, however, showed that those users weren’t getting what they paid for. A comparison of the contract details with test results showed that the contracted download and upload speeds were delivered in only nine per cent of cases.

One tester in Burlington, Ont., home to about 183,000 people, reported purchasing a download speed of 350 mbps and upload speed of 30 mbps. But in comments to CIRA, the tester said it is impossible to “even connect to a Zoom meeting due to poor internet speeds despite purchasing the highest plans.”

Test results for that user’s location documented a download speed of 27.42 mbps and upload speed of 6.27 mbps. Both fall well short of the CRTC’s 50/10 service objectives.

Another customer in Huntsville, Ont. reported paying $200 a month for 70/10 service. The customer’s CIRA test, however, recorded a download speed of 5.52 mbps and an underwhelming upload speed of 0.07 mbps. “NO OTHER OPTION. Impossible to work or do school from home,” the tester wrote in the CIRA comments section.

Tests conducted in communities with fewer than 50,000 people significantly underperformed when compared to the CRTC’s 50/10 standard. The best test results among these smaller places were in Bracebridge, Ont. but they weren’t much to boast about: only 23 per cent of all tests met or exceeded both CRTC performance standards, the median download speed was 15.56 mbps and the median upload speed was 1.53 mbps.

“Rural and remote internet performance has essentially flatlined over the course of the pandemic, starting with a very low level of performance and essentially remaining there,” said CIRA chief executive officer Byron Holland.

Surrey, B.C. and Quebec City were the only places where 50 per cent or more of test results exceeded the CRTC standards. Compared to what was happening elsewhere, internet testers in Surrey inhabited a whole other connectivity reality: 55 per cent of tests conducted in the Vancouver suburb met or exceeded the CRTC’s 50/10 performance objectives. The median download speed was 82.61 mbps, while the median upload speed was 20.09 mbps.

In Quebec City, half of all tests met or exceeded the CRTC standard. The median download speed was 54.17 mbps and the median upload speed was 11.36 mbps.

Nathan Gibson, a spokesman for Bell, said in his email that it is “hard for us to offer any specific comment on your data sets without seeing them.” (CIRA officials said the detailed test results are proprietary but were willing to share them with the Local News Data Hub on the condition that only results of the analysis would be published.)

Gibson went on to note, however, that the CRTC expects 90 per cent of Canadians to have access to 50/10 mbps by the end of this year.

“Delivering broadband to the remaining 10 per cent in such a large country like Canada is a challenge,” he wrote, “but Bell is leading the way by accelerating our roll out of our fibre and rural Wireless Home Internet networks.”

In its response, Rogers said the company “is committed to delivering reliable internet service to more rural, remote and Indigenous communities.” Advertised speeds, the statement said, “reflect the total speed to the home to support multiple devices online at the same time. The top speeds for each internet tier we offer are advertised as ‘up to,’ as many factors can affect the actual speeds a customer experiences.”

The federal government has created a $2.75 billion Universal Broadband Fund to expand internet service at 50/10 mbps to rural and remote communities. The CRTC, meanwhile, is collecting $750 million from larger Canadian telecommunications service providers for a Broadband Fund to improve broadband Internet access in underserved areas.

The Data Hub analysis included only the 53 communities with at least 500 test results. In cases where fewer than 40 tests were done from a single location during the year, the results of every test were included in the analysis. In some cases, however, dozens or even hundreds of tests were conducted from the same location. To prevent these “super tester” locations from skewing the data, each is represented in the data as a single test result reflecting the median upload and download speeds for all tests from that location. This meant that in the end, the results of 68,813 tests conducted from 26,677 test locations were used in the analysis.

2:24
Internet use and teen depression

Previous post Mobile Universe Usually takes It Areas as The Major One-End Resolution For All Gadget Demands In Vancouver. 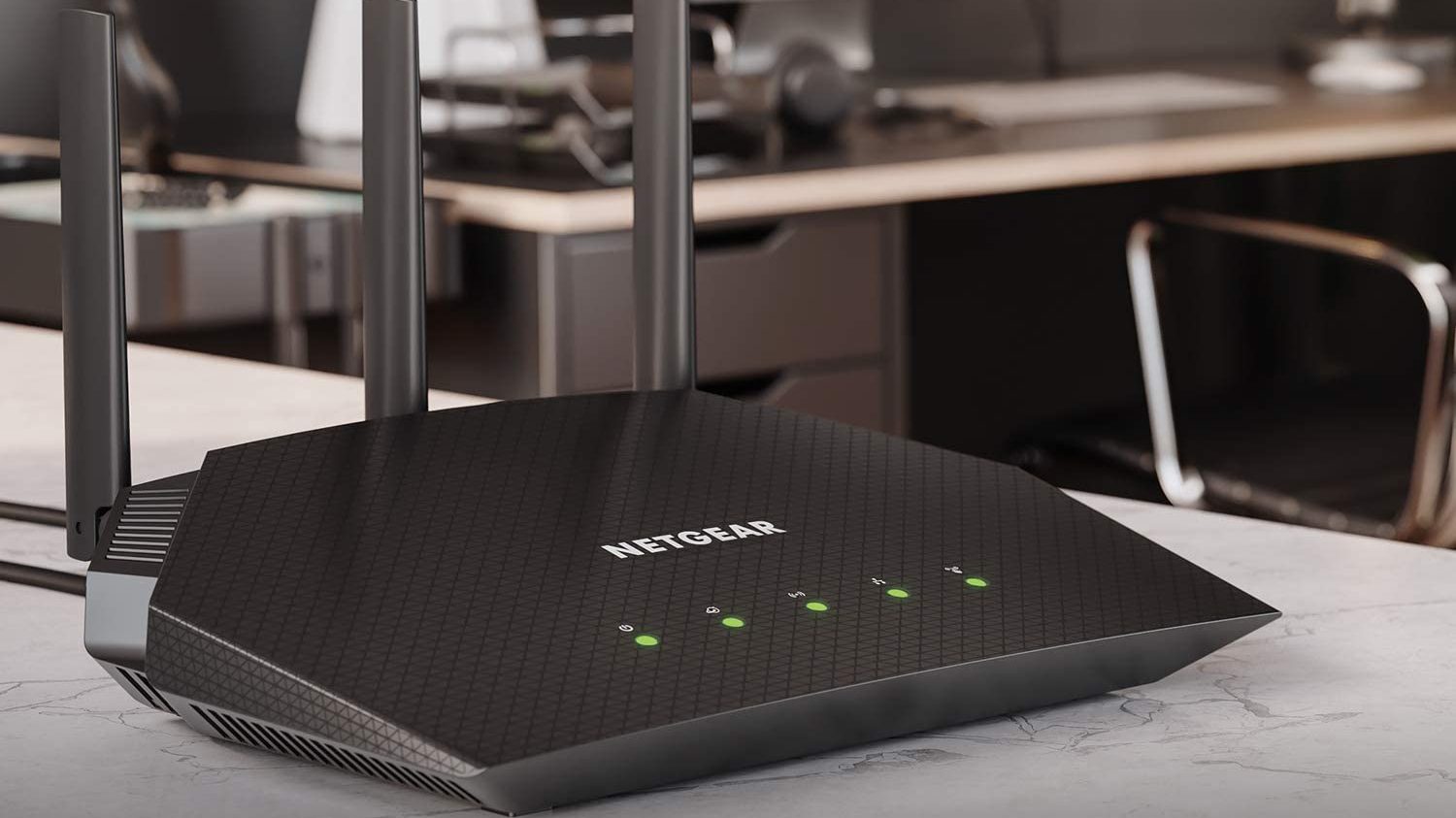